Past pupil Matty Flanagan has already represented Mayo with distinction on several occasions, including this year’s FBD League at senior level and being a member of the famous 2013 All Ireland winning panel. However, this weekend, Matty will be Mayo’s last line of defence against the Rebel County in the U21 All Ireland Final in Ennis as the class of 2016 aim to emulate the heroes of 2006.

Our U21s have already had some brilliant performances, most notably against the Dubs in the Semi Final, a day that will live long in the memories of those who were there to witness it, or even to those of us who hung on every word and breath of the commentators on Mid-West!

Matty’s Balla clubmates, Val Roughneen and Barry Duffy have been important members of the panel all year as has Kiltimagh’s James Forkan. So lots of local interest then!

Finally, we have to give a mention to Mrs Duffy’s nephew Michael Plunkett! Wearing 11, but playing mostly as a sweeper, the Ballintubber man scored a famous point against the Rossies to end their dominance over us at this level in recent years.

We are immensely proud of Matty and all he has achieved thus far, but here’s hoping he can add one more accolade to his already impressive collection and that he gets to visit us with another cup next week! 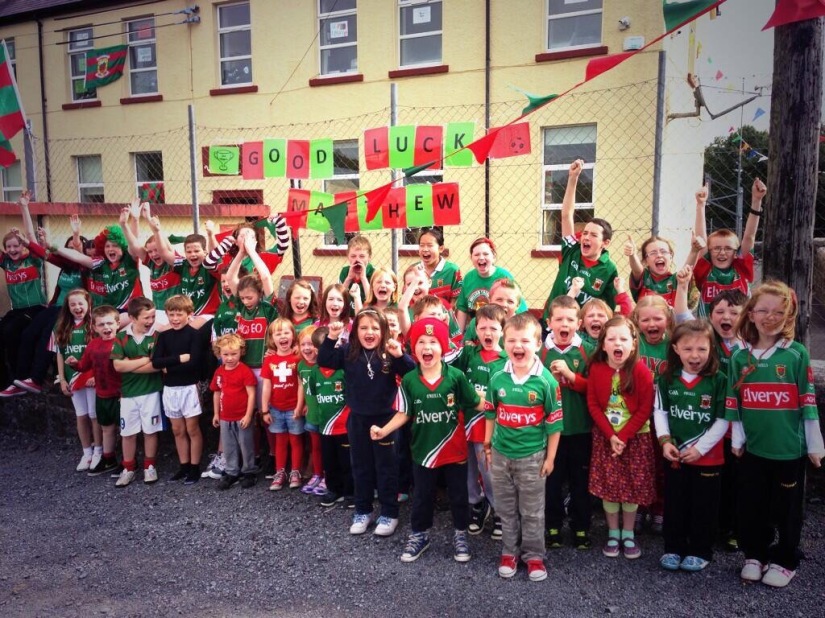